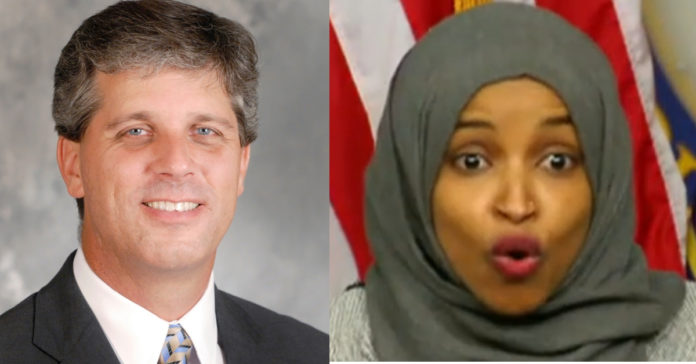 Politics in a ruthless game as Ilhan Omar is learning the hard way. All politicians have skeletons in their closet, and the only thing we know for sure is eventually they all come out.

Omar is not helping herself by trashing Trump and America at every turn - that just makes people more determined to damage her politically and unseat her in two years.

It won’t get any easier for these incoming Democrats - if they want to continue their assault on norms, they better make sure they have a clean record.

Already we have AOC facing the music on numerous fronts and it may very well be Omar’s turn next. From The Daily Wire:

“In referring Omar to the Minnesota Campaign Finance Board, Drazkowski alleged that Omar improperly spent close to $6,000 in campaign funds for personal use, including payments to her divorce attorney and for travel to Boston and Estonia,” says the report.

Rosen notes that Drazkowski’s filings follow “an earlier episode in which Omar repaid $2,500 for honoraria she received for speeches at colleges that receive state funding, a violation of ethics rules for Minnesota lawmakers.”

“I had observed a long pattern,” said Drazkowski. “Representative Omar hasn’t followed the law. She’s repeatedly trampled on the laws of the state in a variety of areas, and gotten by with it.”

The Republican lawmaker maintained that Omar has been allowed to skate in the face of her controversial actions by strategically using her identity as a shield.

When Omar was questioned about the probe into the alleged finance violations on Thursday, she refused to respond. Earlier this year, the Democrat denied the alleged indiscretions, though the complaints were still unconfirmed to the public at the time.

“The information on the committee’s 2017 year-end report does not indicate how attendance at these events would have helped Rep. Omar in the performance of her legislative duties,” another notification says.

The results of the investigations are expected to soon be released, Sinclair reports.