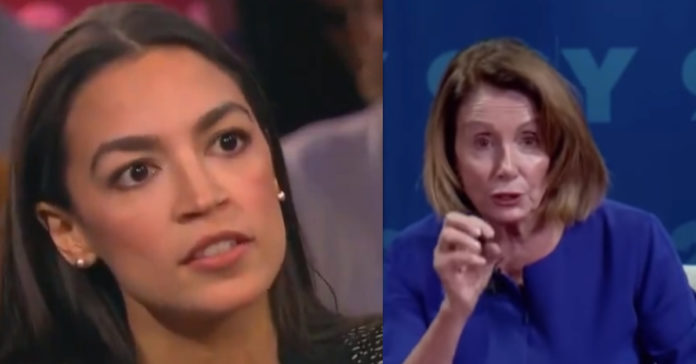 Nancy Pelosi rules her caucus with an iron fist. She gets away with it for one reason - she raises a ton of money and hands it out liberally.

She is rich, her husband and family are rich, and her friends are rich. If you want her money you have to get in line.

In House races, a little money goes a long way too. Pelosi has multiple devices she uses to raise and disburse funds to keep people in line.

Enter AOC… who just went after Pelosi’s cash cow and thus her power center in what all consider a silent coup.

“Give directly to swing candidates instead,” she tweeted, sharing the campaign websites of several of her vulnerable Democratic colleagues, who just won in previously Republican-controlled districts.

The controversy comes down to something the Democratic Congressional Campaign Committee has always done informally: prioritize incumbent Democrats.

But last week, the organization put it in writing, publishing its criteria for determining which political vendors — like direct mail companies, advertising firms, or political consultants — it will do business with in 2020. And it made clear that won’t include vendors that work with candidates challenging incumbent Democrats.

The official policy change sparked outrage among House progressives, several of whom found their way to Congress by doing exactly what the DCCC appears to be discouraging: challenging sitting Democrats.

Ocasio-Cortez is one extremely notable example. She beat out Joe Crowley, a New York Democratic Party boss who had even been tapped as a possible successor to Speaker Nancy Pelosi. Another is Rep. Ayanna Pressley (D-MA), who beat out Boston Democrat Mike Capuano.

Both Pressley and Ocasio-Cortez, with the support of the Congressional Progressive Caucus, called the DCCC’s decision a “divisive” policy and an effort to “blacklist” groups.

The DCCC has pushed back on the term “blacklist.” There is no active list of Democratic political vendors that are banned from the DCCC right now, and this has always been the unspoken policy, one Democratic Party aide familiar with the guidelines told Vox.

But progressive House members are calling out what they see as an exclusionary policy that could cut off important coalitions within the party.