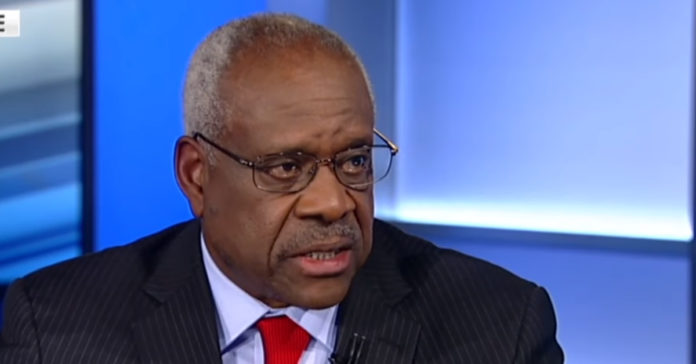 The Supreme Court will be on the ballot again in the 2020 election which is a good thing for conservatives and Trump.

Conservative voters tend to come out in droves when a seat on the highest court in the land is up for grabs.

Presidents are picking younger judges than in the past which adds to the anxiety around each seat…and each judge’s age and health.

There are many who thought RBG would retire due to poor health, but she is a fighter. That said, many on the left have been fueling speculation that one of the older conservative judges may be stepping down.

The judge they would most like to see leave the bench is Clarence Thomas. For some reason they really hate Thomas… maybe it has something to do with their hatred for any African American conservative? In any event, it looks like they lose again

From The Washington Examiner: Justice Clarence Thomas has been on the Supreme Court for 27 years - and now says he wants to serve another three decades.

“I’m not retiring,” Thomas, 70, a staunch conservative, said at Pepperdine University School of Law, Law360 reported. Thomas was responding to a question about who he would want to speak at his retirement party in 20 years.

When the moderator expanded the retirement timeline to 30 years in the future, Thomas did not budge.

That would bring Thomas up to an 100 years old. The longest-serving Supreme Court justice was William O. Douglas who was on the court for 36 years and seven months from 1939 to 1975.

There were no signs Thomas was considering retiring from the Supreme Court but some had speculated that he could leave the bench while President Trump was still in the White House so a new conservative justice could be nominated.

Thomas was picked by President George H. W. Bush in 1991 when Thurgood Marshall, a liberal and the first black Supreme Court justice - Thomas was the second - retired.