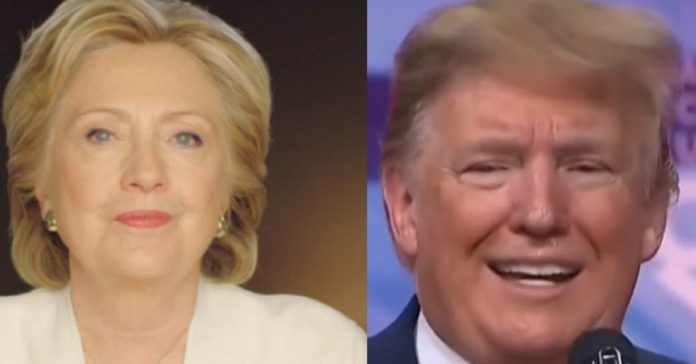 President Trump needs to send the Democrats, and by Democrats, I mean Jared Kushner and Ivanka back to New York before they do real damage to his administration.

Look, these two are not Republicans, are not conservative, don’t really have the qualifications to be there, and are allegedly so arrogant they are using nonsecure communications with top foreign leaders.

We don’t know the extent of it yet, but it will come out, and because those two are related to Trump he will have a hard time sending them home.

But if this keeps up and those two keep giving Hillary and AOC talking points to bash Trump, it may hurt him in 2020.

That said, Hillary is still bitter about her loss and she is still not president. From The Washington Examiner:

“But his WhatsApp,” the New York congresswoman tweeted, echoing the popular “But her emails” refrain that Trump allies used to argue Clinton’s use of a private server while secretary of state was much worse than any of Trump’s controversies.

“Tell me about it,” Clinton responded to Ocasio-Cortez.

During the 2016 presidential election, then-candidate Trump would frequently criticize Clinton, his Democratic opponent, for using a private email server while secretary of State.

Tell me about it.