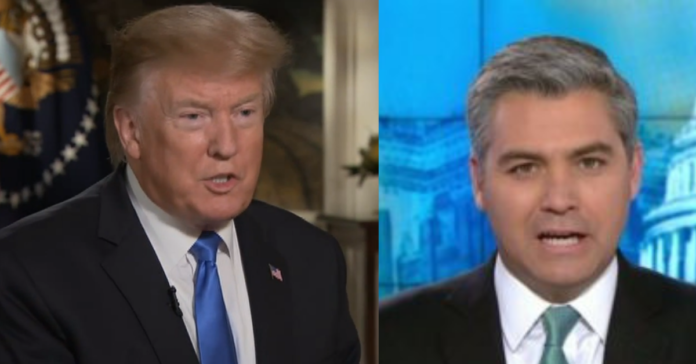 President Trump has reached his limit and is fighting back hard. Look, it is a hard decision social media executives have to make about what happens on their platform.

Even Mark Zuckerberg has called for regulation, which means that Silicon Valley is calling our leaders for help to sort out how to protect free speech but limit the bad actors.

President Trump took to Twitter on Friday evening and slammed social media censorship in reaction to Facebook’s recent crackdown of conspiracy theorists, a prominent anti-Semite, and other far-right figures, saying that he’s “monitoring and watching closely.”

“We’ve always banned individuals or organizations that promote or engage in violence and hate, regardless of ideology.

The process for evaluating potential violators is extensive and it is what led us to our decision to remove these accounts today,” Facebook said in a statement to Fox News.

Trump weighed in on the issue, promoting US citizens’ right to “freedom of speech.”

“I am continuing to monitor the censorship of AMERICAN CITIZENS on social media platforms,” Trump tweeted.

“This is the United States of America - and we have what’s known as FREEDOM OF SPEECH! We are monitoring and watching, closely!!”

The president went on give shoutouts to Trump supporters and Fox Nation hosts Diamond & Silk, who had previously accused Facebook of suppressing their page, Paul Joseph Watson, as well as conservative actor James Woods, who was recently suspended on Twitter over a tweet that violated the platform’s terms.

“It’s getting worse and worse for Conservatives on social media!” Trump exclaimed.

When will the Radical Left Wing Media apologize to me for knowingly getting the Russia Collusion Delusion story so wrong? The real story is about to happen! Why is @nytimes, @washingtonpost, @CNN, @MSNBC allowed to be on Twitter & Facebook. Much of what they do is FAKE NEWS!