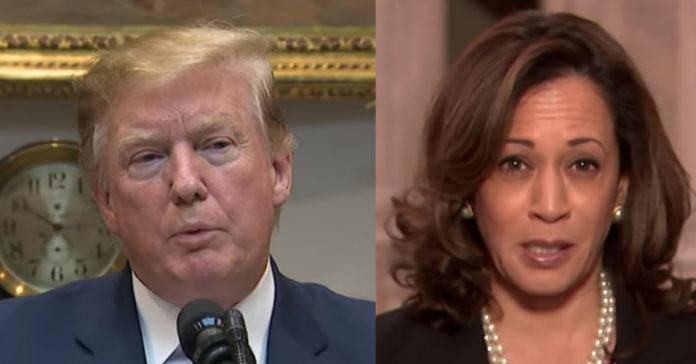 You hear all the talk about energy and money on the left, and while that is valid, the media as per usual is missing the numbers that matter.

Not only is Trump crushing the entire Democratic field in fundraising, the way he is doing it - through small donations, is striking fear in the left.

It means the energy and people are behind Trump, not the big corporate money the Democrats love so much and then can’t explain to their base (see Hillary and her Wall Street speeches). Trump is also way ahead of where Obama was in 2012 and Hillary 9n 2016.

Many of the 2020 Democratic presidential candidates have hauled in record sums of money in the first fundraising quarter of the 2020 election cycle, but none of them can hold a candle to President Donald Trump, who took in a whopping $30 million, according to the Washington Post.

The sum “far outpaces” any of the Democratic contenders, the WaPo reports, and dwarfs the candidate with the next highest fundraising totals, Sen. Bernie Sanders (I-VT), who pulled in around $18 million.

Among the Democrats, Sanders easily leads the way, with Sen. Elizabeth Warren (D-MA) following far behind at $11 million, according to a CNN live feed of the FEC “reveals.” Sen. Kamala Harris (D-CA), expected to be the next strongest fundraiser after Sanders, has not yet reported her earnings (she’s expected to have earned around $12 million).

But the real shock isn’t how much Democrats have raked in, but rather how much Republicans have.

“President Trump’s reelection campaign raised more than $30 million in the first three months of the year, far outpacing each of the top Democratic contenders who seek to oust him from office,” WaPo reports, and even that pales in comparison to what the Republican National Committee has collected in the same time frame.

“The AP reported that the Republican National Committee brought in $45.8 million in the first quarter, bringing the joint pro-Trump effort’s cash on hand to $82 million.”

That’s nearly double the combined total for all Democratic candidates, and neither Trump nor the RNC has begun fundraising in earnest for the 2020 presidential campaign. Trump has held a few rallies, but they’ve largely been to push supporters to back specific programs, or to demonstrate his popularity, not to rake in funds for his fledgling re-election campaign.

Trump is also doing very well among small-dollar supporters — nearing Bernie Sanders, who is considered to be one of the best small-dollar fundraisers in presidential history. A shocking “98.79% of first quarter contributions to the Campaign and the joint committees came from “low-dollar” contributions, defined as $200 or less,” according to the Washington Post and Associated Press, and the “RNC, and the joint fundraising committees have already enlisted 100,000 new small donors in 2019 and have acquired more than one million new small donors since Inauguration Day.”

The average donation to both coffers was around $35, per the FEC report.