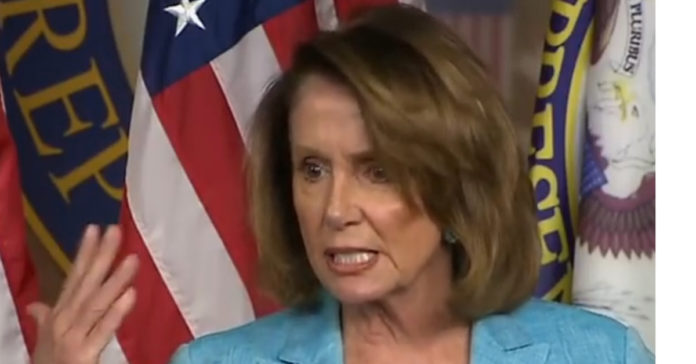 Nancy Pelosi just suffered a critical blow, expect more of the same as she tries to keep her caucus together.

The political fact, as Trump and Steve Bannon, knew before anyone else, if that a new coalition rising in America.

New allies are uniting against the crooked establishment who sold so many and if things continue like this, that new political movement of fed up conservatives and liberals and independents will run this country the right way for the next 5o years.

From The Washington Examiner: Trade unions are firing back against the progressive “Green New Deal” agenda and, in doing so, are revealing a split between left-leaning labor and climate advocates in the House and Senate.

The “Green New Deal” is “not achievable or realistic,” read a letter from AFL-CIO energy committee heads Cecil Roberts, president of the United Mine Workers of America, and Lonnie Stephenson, president of the International Brotherhood of Electrical Workers.

“We will not accept proposals that could cause immediate harm to millions of our members and their families,” the union bosses wrote.

The letter was sent last week to Rep. Alexandria Ocasio-Cortez, D-N.Y., and Ed Markey, D-Mass., the two leaders of the “Green New Deal” agenda. The letter has been trickling out on social media this week.

The Green New Deal was released by the two Democrats as a broad call to action on climate change, and has since become the policy platform for the progressive wing of the Democratic Party.

It calls for radical action to reduce the threat of climate change by switching out the nation’s entire energy grid to renewables in just 10 years. It offers few particulars and has raised many feasibility questions by both Democrats and Republicans.

The @AFLCIO, which represents 12.5 million workers & includes 55 labor unions, slams the #GreenNewDeal in a letter to @SenMarkey & @AOC:

“We will not accept proposals that could cause immediate harm to millions of our members and their families.”

I agree with the AFL-CIO. pic.twitter.com/pEVhr9Ricr