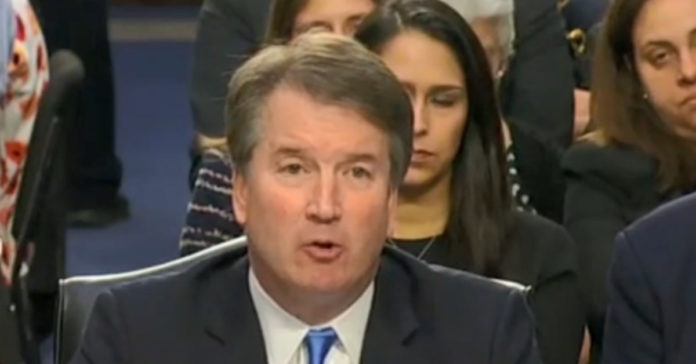 Brett Kavanaugh got a huge win in Federal court and Dianne Feinstein should be ashamed. Feinstein led the charge to stop Brett from taking a seat on the Supreme Court, in what will be known as the smear job that backfired, and now with this decision, Brett can finally out the whole nasty episode behind him.

This is the last gasp of that tired smear job, and while Kavanaugh will never get his reputation back intact, he can take solace that he won this battle and will stay on the court until he steps down or until God calls him home.

The Denver-based 10th Circuit Court of Appeals’ Judicial Council had been asked to look into 83 initial complaints filed against Kavanaugh, during his 12-year service on the DC-based federal appeals court. They were filed around the time of contentious Senate confirmation to the high court last year.

The 10th Circuit’s internal council in December tossed out those complaints, concluding Kavanaugh was no longer covered by the process, since he was now a Justice.

“Because the intervening event in this matter resulted in the loss of jurisdiction,” said the court, referring to Kavanaugh’s elevation to the Supreme Court, “this Council does not have the authority to investigate or make findings upon which to base any remedial action.”

Justices of the Supreme Court are not subject to a code of conduct or disciplinary process like lower federal judges.

The nature of the complaints were not disclosed.

Chief Justice John Roberts — Kavanaugh’s new colleague — had initially referred the matter to the Denver appeals court. Two judges on the 10th Circuit panel dissented and recused in the dismissal of the appeals, saying that panel should not have been involved in both the initial review and the subsequent appeals.

“I am left to conclude that the entire Council should be disqualified from participating in consideration of the current petitions for review,” wrote Judge Mary Beck Briscoe. “And, in turn, I conclude that the petitions for review should be considered by a different body, specifically the Judicial Conference Committee on Judicial Conduct and Disability.” Judge Carlos Lucero agreed.