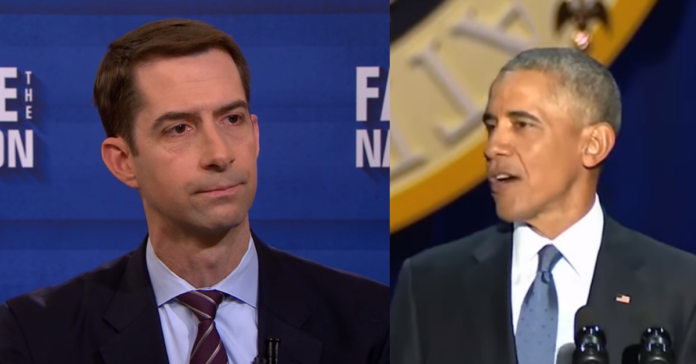 Sen. Tom Cotton (R-Ark.) has had enough. The Democrats refuse to let the Mueller report go, despite all evidence.

Instead, they are doubling down on a report that is bad for them in a stunning display of partisanship. And a lack of common sense.

Enter Tom Cotton. With Trump cleared by the Mueller report, Cotton is going on the offensive… as he should.

The left will not be happy, but Cotton correctly argues that if this was all a smear job it is horrible and we can never allow it to occur again. And the only way to do that is to hold those responsible to account.