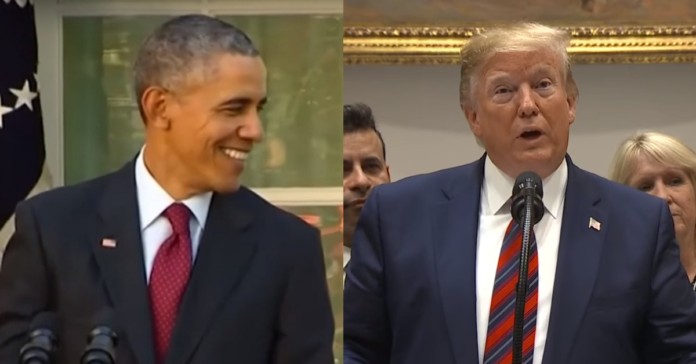 The media and the Democrats loudly complain about Trump’s treatment of the press. They whine nonstop and scream the sky is falling and that Trump’s ruining the free press in America.

They forget that Trump is by far the most accessible president ever for the press. And they will never tell you that Obama treated the media in a much more nefarious manner.

In fact, comparing their treatment of the media, Trump comes out looking really good.

But the Obama administration was determined to change that. Under pressure from Congress and intelligence agencies, Attorney General Eric Holder directed the Department of Justice to aggressively prosecute government employees who discussed classified information with reporters. In 2012, after news organizations reported on U.S. drone strikes and attempts to disable Iranian nuclear reactors, Holder assigned two U.S. attorneys to track down the journalists’ sources.

President Barack Obama strongly supported Holder’s war against journalists’ sources, despite once promising to protect whistleblowers when in office and running for president on the national security scandals of the Bush administration — misdeeds that became public only because of leaks.

“Since I’ve been in office, my attitude has been zero tolerance for these kinds of leaks and speculation,” Obama said in June 2012. “Now we have mechanisms in place where, if we can root out folks who have leaked, they will suffer consequences. In some case, it’s criminal. These are criminal acts when they release information like this. And we will conduct thorough investigations, as we have in the past.”

“There is probable cause to believe that the Reporter has committed a violation of 18 U.S.C. § 793 (Unauthorized Disclosure of National Defense Information), at the very least, either as an aider, abettor and/or co-conspirator of Mr. Kim,” FBI special agent Reginald Reyes wrote in an affidavit that shocked press freedom groups at the time.

Rosen was never charged under the Espionage Act, and Attorney General Eric Holder later said that he regretted naming Rosen as a “co-conspirator,” but it laid bare the danger that reporters continue to face to this day with the Espionage Act still on the books.

“I think about the subpoena to the Fox reporter, Rosen,” Holder said in 2014. “I think that I could have been a little more careful looking at the language that was contained in the filing that we made with the court — that he was labeled as a co-conspirator.”