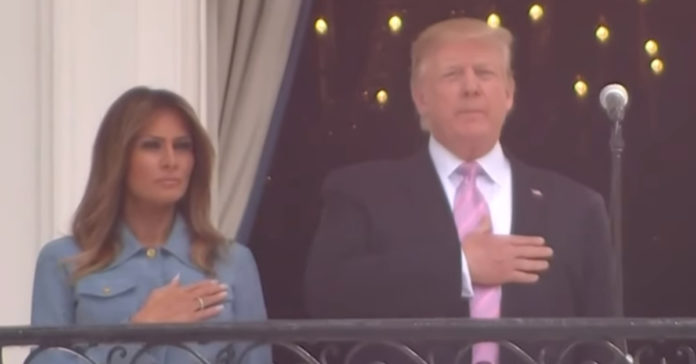 President Trump crushed the GOP and the Democratic machines on his way to victory. Trump exposed the establishment as hopelessly corrupt and they, in turn, scorned him.

Their friends in the media piled on and soon it became, from their view, impossible for Trump to win.

How could anyone win without their support was the theory. Enter Trump with an amazing ability to raise cash from individual small donors and who could also self-fund. They never saw him coming, couldn’t imagine that combination (see Howard Schultz).

So while it was inevitable, and while they are late, it is still nice to see the big money guys from the GOP come around to Trump.

Deep-pocketed Republicans who snubbed Donald Trump in 2016 are going all in for him in 2020, throwing their weight behind a newly created fundraising drive that’s expected to dump tens of millions into his reelection coffers.

The effort involves scores of high-powered businessmen, lobbyists and former ambassadors who raised big money for George W. Bush, John McCain and Mitt Romney — and who are now preparing to tap their expansive networks for Trump after rebuffing his first presidential bid.

The project, which is closely modeled after the famed Pioneers network that helped to fuel Bush’s 2000 campaign, is slated to be formally unveiled on May 7, when well-connected Republican fundraisers from around the country descend on Washington for a closed-door event with Trump 2020 aides. Under the plan, which was described by more than a half-dozen party officials, high-performing bundlers who collect at least $25,000 for Trump Victory, a joint Trump 2020-Republican National Committee fundraising vehicle, will earn rewards like invitations to campaign-sponsored retreats, briefings and dinners.

Party officials have been reaching out to top fundraisers in recent weeks and wooing them with the prospect of joining “raiser clubs,” with names like 45 Club, Trump Train and Builders Club.

Roy Bailey, a prominent Dallas-based fundraiser who is helping to spearhead the Trump Victory program, said around 150 people had so far signed on — some of whom had been fervently opposed to Trump in 2016. “There were still a lot of people who were trying to lick their wounds and hadn’t quite gotten over the fact that he had whipped everybody. They were slow to come on board,” said Bailey, who recently left his post as finance chair for a pro-Trump super PAC to take on the new role.

Advising the Trump team in its effort to win over traditional givers is Jack Oliver, a stalwart of the Republican Party establishment who helped lead fundraising for the presidential bids of George W. Bush and his brother, Jeb. Oliver’s involvement, senior Republicans say, is partly intended to send a signal to the traditional GOP donor set that the campaign is eager for their support.

“I think you’ll have a significant number of Bush and Romney veterans that were on the sidelines or didn’t get overly involved in 2016 but will be involved in the 2020 campaign,” said Oliver, an architect of the Pioneers program who became known as “Bush’s brigadier of bucks.” Oliver himself sat out the 2016 general election.