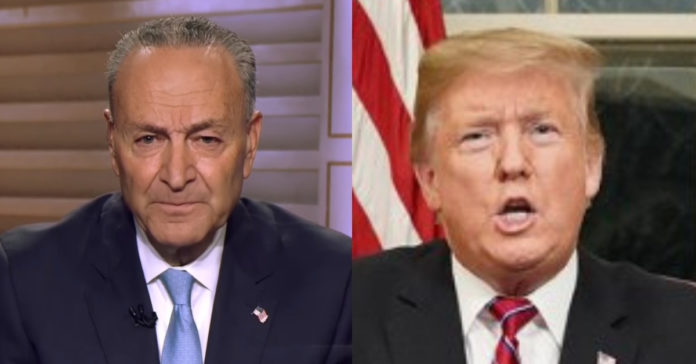 The Democrats are proving to be the gang who can’t shoot straight time and again. They literally gave away their electoral base for a few dollars, which Trump promptly scooped up on his way to his historic victory.

If Paul Ryan hadn’t stopped Trump from raising taxes on the ultra-wealthy, the Democrats would never win the rust belt again as that is one of their key issues they will try to run against Trump on in 2020.

Fact is, most Americans are smart and know the tax system favors the very wealthy and are fine with the top paying more.

In Florida, the Democrats can’t win statewide and they hatched a plan to change their fortunes. They pushed for and got felons the right to vote in that state, thinking most of them would vote democratic and turn a red state blue.

Instead, it seems Florida will be red for generations to come. From Newsweek:

White House senior adviser Jared Kushner said on Fox News that more ex-felons had registered as Republicans than the Democrats in Florida.

Ahead of the interview, a clip was played of an event hosted Monday at the White House celebrating the legislation, which Ingraham described as a “personal mission” of Kushner’s.

She asked him whether his focus on the legislation was borne out of his seeing his father incarcerated. In 2005, Charles Kushner spent 14 months in prison after he pleaded guilty to making illegal campaign contributions, tax evasion and witness tampering.

“Well that was a big part, that was why I was exposed to the issue…my experience with my family situation was…I met a lot of good people, they just made a mistake, the toll that it weighed on them and on their families was very disproportionate.”

Kushner said that the president had wanted to stop offenders from reoffending because “he thought it was good for public safety… That is something he did because he had a big heart.”

After discussing Trump’s position on the southern border, and the country’s steel production, the issue of the 2020 election came up.

When Ingraham asked Kushner about it, he said: “One statistic that I found very pleasing, is that in Florida, they passed a law where former felons can now vote. We have more ex-felons registered as Republicans than Democrats.”

Ingraham interrupted him to say, ”Woah, you have had more ex-felons register as Republicans than Democrats?”

Kushner replied: “That is the data that I have seen. I think that will surprise a lot of people when they see the new coalition that President Trump is building for what the Republican Party has the potential to be.”

Look, the media has not covered what is really happening out there - Trump has formed a new coalition of Dems and GOP and people fed up with the system.