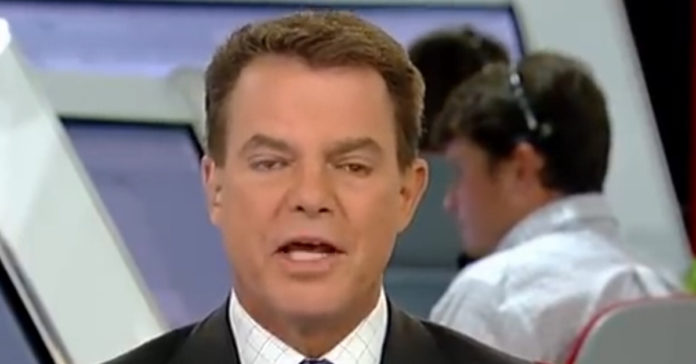 Shep Smith is not having a good year. First, he went all in on the Mueller report that turned out to be a dud.

He spent too many hours on the air for comfort talking about the Trump Russia conspiracy without identifying it as the hoax that is was.

Then he had sexual assault charges surface that could very well spell his doom at Fox News, that is, if they are consistent.

And now a new scandal leaks after a dogged reporter did some digging and taken together Fox News needs to make some moves to rectify the situation.

From Big League Politics: Shep Smith’s November 2000 arrest in Florida for allegedly hitting a woman with his car on purpose is coming back into the spotlight as the American public grapples with the sex abuse allegation against the liberal Fox News daytime anchor.

Twitter users pointed to the long-forgotten case amid fallout from Big League Politics’ expose on Smith’s past, in which a whistleblower said that Smith sexually attacked him in New York City in 2004.

World Net Daily reported on the conclusion of the car hitting case in July 2001, writing:

“Fox News Channel anchor Shepard Smith will go unpunished for what police say was aggravated assault with a motor vehicle.

On Friday, Nov. 17, during the Florida presidential election fiasco, Smith was arrested for allegedly driving his car into another reporter who was standing in a parking space she attempted to save for a friend. The victim, freelance journalist Maureen Walsh of Tallahassee, was hospitalized and released later the same day with bruises on her knees and legs.

According to Sgt. Edwin Maxwell, Walsh was standing across the street from the state capitol when Smith drove up and “shouted some profanities at her and basically just struck her, striking her at the knees, which threw her up on the car,” he told the St. Petersburg Times.

After a few case-management hearings between attorneys and the court, the charges against Smith were dropped, said the Leon County state attorney’s office.

Smith, who used to be a reporter for 20th Century Television’s “A Current Affair,” was arrested and charged with aggravated battery with a motor vehicle. The felony charge came with a $10,000 bail price tag, which Smith produced so he could return to work. The story, while reported briefly by local publications and wire reports, quickly fell off the media’s radar.

The petition reads: “According to a new bombshell report from BigLeaguePolitics, Shep Smith has been accused of Sexual Assault by a man. Fox News has been fast to suspend allies of President Trump, such as Judge Jeanine for merely expressing her opinion on Ilhan Omar.In addition in July of 2017, Fox News suspended Charles Payne for having a sexual assault allegation against him. Payne was later found to be innocent and reinstated, but not before an investigation. In order for Fox News to not show hypocrisy and treat Anti-Trump Shep Smith like others, we believe Shep Smith should be immediately suspended to investigate the claim against him.”

The petition’s anti-Smith comments include, from Marilyn J: “Charles Payne was suspended. Judge Jeanine is suspended and she didn’t sexually assault anyone. Fair is fair. Smith should be gone for good. I always turn him off when I see his show come on. He is disgusting just to look at.”

The petition has already racked up 1,647 signatures as of Wednesday press time.