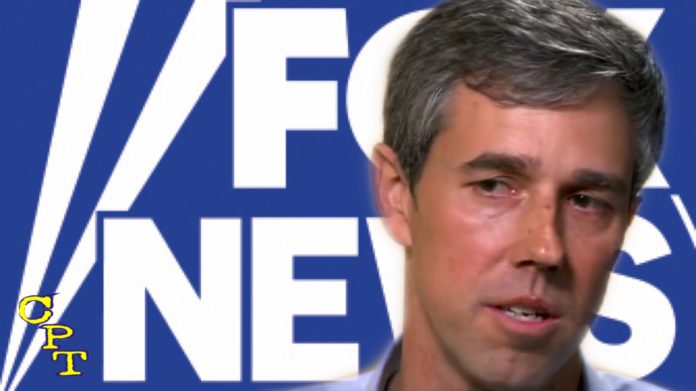 Fox News has come under fire time and again from other media outlets for being too cozy with the GOP.

The media and the Democrats constantly attack Fox for their close relationship with President Trump and his team and act like this behavior is beyond the pale.

They puff their chests with phony outrage, forgetting the old rule about he who lives in glass houses ought not throw stones.

Thankfully, Fox News is more than capable of hitting back and defending itself.  From Fox News:

Reuters is facing ethical questions after admitting that reporter Joseph Menn sat on an unfavorable story about media darling Beto O’Rourke until after his crucial Senate race against Ted Cruz.

Reuters published its report Friday on the “Cult of the Dead Cow,” a famous group of hackers credited with inventing the term “hacktivism,” and revealed that now-2020 presidential candidate O’Rourke was a member. The group is responsible for a variety of shady activity like stealing credit card numbers to pay for long-distance telephone service, violating copyright laws and hacking into computers, according to the report, which stressed that O’Rourke himself never “engaged in the edgiest sorts of hacking activity.”

The report also revealed that a teenage Beto, in connection with the group, wrote bizarre fiction stories under the name “Psychedelic Warlord” — including one story detailing the murder of two children.

The report was embarrassing for O’Rourke, who expressed regret for his past actions and writings shortly after the article’s publication.

But the reporter, it turns out, knew about this history since 2017 — and sat on it. According to Menn, members of the hacking group were protecting O’Rourke’s identity and wouldn’t confirm his affiliation unless the reporter promised not to write about it until after the November election. They apparently struck a deal.

“After more than a year of reporting, Menn persuaded O’Rourke to talk on the record. In an interview in late 2017, O’Rourke acknowledged that he was a member of the group, on the understanding that the information would not be made public until after his Senate race against Ted Cruz in November 2018,” Reuters wrote Friday in a piece headlined, “Backstory: How Reuters uncovered Beto O’Rourke’s teenage hacking days.”

Cruz – who defeated O’Rourke – took to Twitter to vent over Reuters’ decision.

“So Reuters had evidence in 2017 that Beto may have committed multiple felonies — which Beto confirmed on the record — but deliberately withheld the story for over a year to help him win his Senate race? But when he’s running against Bernie etc, NOW it’s news?” Cruz tweeted.

“This is — yet again — a chilling example of just how pervasive the liberal media bias is today. It’s not just in how they report stories, but when and the standards they use to employ for that coverage. At every turn conservatives are held to a different standard than liberals,” conservative strategist Chris Barron told Fox News.

Reuters defended the outlet’s handling of the story when reached for comment Monday.

“While he was on leave from Reuters and writing a book on the Cult of the Dead Cow, Joe Menn made an agreement regarding the embargo date of his interview with Beto O’Rourke. This is a common arrangement between journalists and sources, which we described in detail in a Reuters Backstory article on Friday,” a Reuters spokesperson told Fox News.