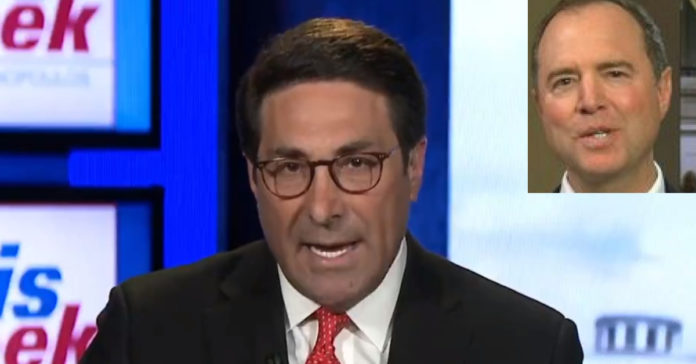 Look, the left is ramping up to try to make a constitutional crisis where none exists - what are Trump’s taxes going to show them?

That he is rich with some mortgages on profitable buildings that he is paying off on schedule?

This will backfire on the left, as most of their presidential harassment has done so far, as Jay makes clear with a veiled threat to Pelosi about receiving the same treatment.

The Supreme Court “has said congressional oversight cannot become law enforcement,” Sekulow told Stephanopoulos, saying the request would be using the IRS as “a political weapon” and suggesting it could set a precedent where Republicans could demand Speaker Nancy Pelosi’s (D-Calif.) tax returns.

In a letter Friday, William Consovoy, an outside attorney for Trump, wrote to the Treasury Department’s general counsel that the IRS should not release Trump’s tax returns without an opinion from the Justice Department. Trump has claimed an ongoing audit prevents him from releasing the returns.

In reference to claims from members of Mueller’s team that Barr’s summary did not accurately reflect the special counsel’s conclusions, Sekulow said these were likely the result of “legitimate disagreements inside the Justice Department.”

“When you have different questions of law and fact you don’t recommend prosecution,” Sekulow said.

"The President has not asked for Nancy Pelosi's tax returns … they have not produced their tax returns. It's not a requirement that they do, by the way" https://t.co/nwjYcdvfmZ pic.twitter.com/8fIO4k16vD