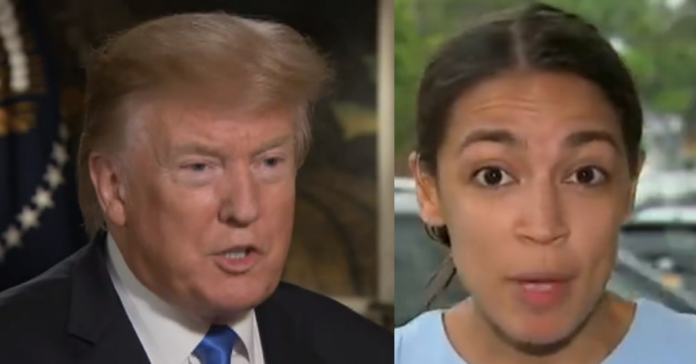 The local cops, for the most part, are caught in the middle of the Democrats cynical political ploy.

They need to keep us safe but many are hamstrung by local politicians who only care to score political points attacking Trump and following Pelosi and Gavin Newsom off a cliff.

Enter Trump with a smart solution to the problem. From The Washington Times:

ICE, the federal deportation agency, announced a new program Monday designed to give police a way to cooperate in turning over illegal immigrants even if they’re limited by slim budgets or local sanctuary policies.

Local law enforcement won’t be involved in asking about legal status or citizenship, but will have permission to detain someone for up to 48 hours to give U.S. Immigration and Customs Enforcement a chance to take custody.

The Warrant Service Office program piggybacks on another program that already exists to train local police to enforce immigration law, known as 287(g) based on the section of immigration law that governs it.

But the WSO requires less training and the local officers won’t actually begin the deportation process. Instead the WSO is an agreement to hold targets for pickup under the ICE warrant itself.

That could answer objections of some jurisdictions who have balked at holding illegal immigrants based on their own powers.

The agreement was announced Monday in Florida, where Pinellas County Sheriff Bob Gualtieri became the first to sign on.

“I see this as unchallengeable,” he said, pushing back on questions of potential legal roadblocks.

ICE says the plan will be available nationwide, but Florida appears to be ground zero, with sheriffs showing particular interest.

Sheriff Gualtieri said he’s going to have 40 of his deputies trained so at least one can be on duty at all times, ensuring they are able to respond to ICE.

If that bill does become law it will allow sheriff’s departments to not only hold the migrants for ICE, but even to transfer them to ICE facilities, removing the need for deportation officers to go into the field to take custody.

Sanctuary policies have soared since President Trump’s election, with jurisdictions across the country announcing they want to put distance between themselves and the president.

Those policies chiefly affect law enforcement. The most common effect is that officers refuse to respect ICE warrants and instead release illegal immigrants into communities when their time in local custody is done.

Sheriff Gualtieri bristled at the suggestion that the move might frighten illegal immigrants in general, saying the folks who are going to be snared are in the criminal justice system already.

He said the fear is being stoked by immigrant-rights activists warning of police dragnets for illegal immigrants.