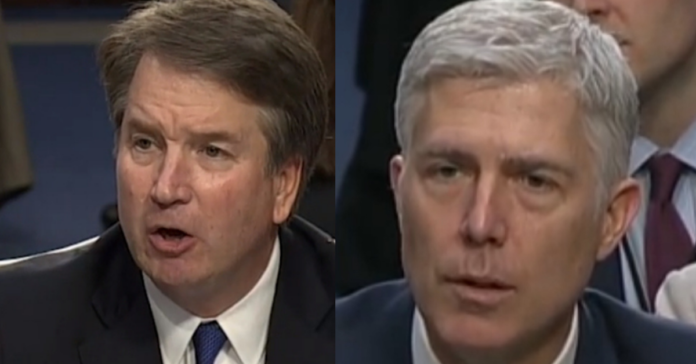 Get ready for a new round of loud boos coming from the left and new negative stories about Susan Collins.

The Supreme Court just terrified the Democrats and reversed an earlier decision on a law passed by Mike Pence that governed the disposal of fetal remains.

They also refused to take up another part of the case but signaled that with all the new action in the state courts, they will take one of those cases soon. Based on this ruling, the Dems should be worried.

The Hill: The Supreme Court on Tuesday reversed a lower court’s decision invalidating an Indiana law on the disposal of fetal remains, allowing it to go into effect.

The law – signed by then-Gov. Mike Pence (R) – required that the fetal remains from abortions be buried or cremated. The court reversed a ruling from the Seventh Circuit of Appeals that found the law unconstitutional.

“We reiterate that, in challenging this provision, respondents have never argued that Indiana’s law imposes an undue burden on a woman’s right to obtain an abortion,” the court’s order reads.

However, the court declined to take up a challenge to another Indiana law blocking abortions on the basis of sex, race or disability, stating that it will let lower courts rule on the issue further.

A flurry of conservative state legislatures have passed new abortion restrictions in recent months, with the apparent goal of getting the laws up to the Supreme Court.

Some hope that the conservative majority on the Supreme Court could use the opportunity to overturn Roe v. Wade, although legal experts doubt that it will happen in the near future.

From The Washington Examiner: The Supreme Court on Tuesday also decided it will not take up a separate part of the law banning abortion on the basis of race or sex, or because they learn they will otherwise give birth to a baby with Down syndrome or another disability.

The law was signed by Vice President Mike Pence, who was governor of the state at the time. It contained exemptions for conditions that “with reasonable certainty result in the death of the child not more than three months after the child’s birth.”