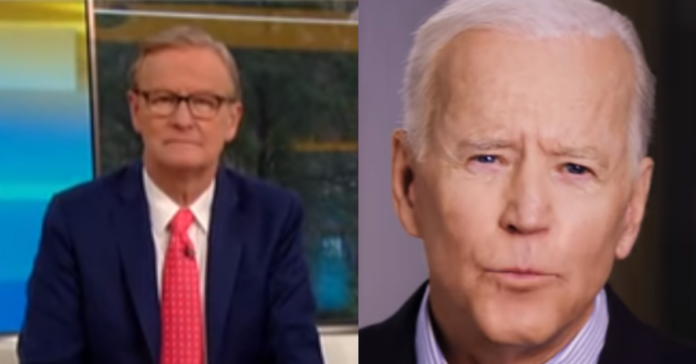 Fox and Friends did some digging on presumptive Democratic nominee Joe Biden and found a few skeletons in his closet. They will be a recurring nightmare for the Biden campaign.

Fox went public to expose not only Biden’s flip-flopping but a deeper flaw in his campaign.

America does not trust the establishment - we picked Obama twice, a total outsider who ran against the corrupt Hillary led establishment and Trump who ran on a similar playbook - the elite left you behind.

The reason Obama’s and Trump’s messages were similar is that they work - Americans, after all, are not as dumb as our politicians think.

Biden has a Hillary problem he cannot solve. America likes the fresh face, not the old retread. From Fox News:

In a previous bid for the presidency, then-Sen. Joe Biden’s stance on illegal immigration sounded a lot like President Trump’s current views, the hosts of “Fox & Friends” noted Tuesday.

Steve Doocy flagged a clip from a September 2007 presidential debate, when then-candidate Biden was asked if he would allow cities to ignore federal law.

Biden answered that so-called sanctuary cities ignore federal immigration law because they lack the funding to carry out enforcement.

“Part of the problem is you have to have a federal government that can enforce laws,” he said, calling out the George W. Bush administration for being “fundamentally derelict” in providing the necessary funding.

The Delaware Democrat was then asked, “yes or no, would you allow those cities to ignore the federal law?”

The “Fox & Friends” hosts noted that “politics” and the current views of the crowded Democratic Party field have forced Biden to alter his rhetoric.

In a 2006 video that resurfaced last week, Biden is seen advocating for a southern border wall and punishment for employers who hired illegal immigrants.

Biden told a South Carolina rotary club that he voted for a border fence despite other Democrats opposing the measure.

“Folks, I voted for a fence; I voted, and unlike most Democrats — and some of you won’t like it — I voted for 700 miles of fence,” he said, in the video unearthed by CNN.

“But, let me tell you, we can build a fence 40 stories high — unless you change the dynamic in Mexico and — and you will not like this, and — punish American employers who knowingly violate the law when, in fact, they hire illegals. Unless you do those two things, all the rest is window dressing,” he added.